Quotes On Promise | “A promise is a debt, which one owes to oneself.” -Victor Hugo The quote captures the essence of promise. Promising someone something puts the promise maker in debt to the recipient.

Not only does the person who made the promise owe something to the person they promised, but they also owe it to themselves. This sense of personal responsibility is necessary for fulfilling promises.

A promise, in any form, is a contract. In its simplest sense, a promise is a commitment between two people to do or not do something. Whether it is an agreement of belief, an offer of services, or a pledge of fidelity, promises allow us to transcend our selfish needs and connect with others.

Promise is something that is very lightly spoken about. When it’s broken, it can be devastating. But what is promise? How can we keep them? What do they mean to us?

Promise are the words or phrases that make up an agreement between two people. They can be spoken or written and are often made publicly.

Promises and commitments are essential for building healthy relationships and maintaining long-lasting connections. They also help us grow and develop as individuals by opening up opportunities for new perspectives and experiences.

Here are some quotes on the power of promises:

“Promise are made to be broken.”

“She loved ocean because every time the waves left the shore, they always came back.”

“Unless commitment is made, there are only promises and hopes; but no plans.”

“Be able to keep a secret or promise when you know in your heart that it is the right thing to do.”

“Better break your word than do worse in keeping it.”

“Promises are the Sweetest lies.”

“Some people still make promises and keep those they make. When they do, they help make life around them more stably human.”

“A promise is always easy to make than keep, it takes commitment.”

“Your capacity to keep your vow will depend on the purity of your life.”

“Consistency is the true foundation of trust. Either keep your promises or do not make them.”

“A promise is a cloud; fulfillment is rain.”

“I can’t promise to always smile, because life always has a way to make me cry.”

“It makes my heart sick when I remember all the good words and the broken promises.”

“An acre of performance is worth a whole world of promise.”

“God’s promises are like the stars; the darker the night the brighter they shine.”

“You cannot live on other people’s promises, but if you promise others enough, you can live on your own.”

“I build on Christ, the rock of ages; on his sure mercies described in his word, and on his promises, all which I know are yea and amen.”

“The saloon is a liar. It promises good cheer and sends sorrow.”

“Efforts are better than Promises.”

“Never break a promise to yourself.”

“The reason so many promises are not kept is the same as the reason they are made in the first place.”

“Wal-Mart’s slogan ‘Save money, live better’ promises a lot. So does its entrance into Chicago.”

“Promises may fit the friends, but non- performance will turn them into enemies.”

“Never take a solemn oath. People think you mean it.”

“The woods are lovely, dark and deep. But I have promises to keep, and miles to go before I sleep.”

“Keep every promise you make and only make promises you can keep.”

“Some people break promises for the pleasure of breaking them.”

“Bitcoin is inherently international, and one of its great promises is it enables cross-border payments in a more efficient way.”

“In my world, I don’t believe in forever promises. I don’t think it’s realistic.”

“The politician’s promises of yesterday are the taxes of today.”

“Keep a good attitude and do the right thing even when it’s hard. When you do that you are passing the test. And God promises you your marked moments are on their way.”

“An ounce of performance is worth pounds of promises.”

“The future is as bright as the promises of God.”

“God’s Promises are like stars,the darker the night the brighter they shine.”

“In my world, I don’t believe in forever promises. I don’t think it’s realistic.”

“I am afraid to lose you, but i can promise you that you don’t have to be afraid of losing me.”

“The man who promises everything is sure to fulfil nothing, and everyone who promises too much is in danger of using evil means in order to carry out his promises, and is already on the road to perdition.”

“You promised me,and then you broke that promise.”

“It is a curious thing… that every creed promises a paradise which will be absolutely uninhabitable for anyone of civilized taste.”

“Magic trick: to make people disappear, ask them to fulfill their promises.”

“She promised herself better and never looked back.”

“The most important person to keep your promises to, is yourself.”

“I don’t have much to offer, but I promise you can have the best of me.”

“There is no greater fraud than a promise not kept.”

“Broken vows are like broken mirrors. They leave those who held to them bleeding and staring at fractured images of themselves.”

“It is easy to make promises – it is hard work to keep them.”

“A graceful refusal is better than a lengthy promise.”

“I believe in the sacredness of a promise, that a man’s word should be as good as his bond; that character, not wealth or power or position, is of supreme worth.”

“I can’t promise to fix all your problems,but i can promise you won’t have to face them all alone.”

“Grow in the root of all grace, which is faith. Believe God’s promises more firmly than ever. Allow your faith to increase in its fullness, firmness, and simplicity.”

“Vote for the man who promises least; he’ll be the least disappointing.”

“The President has kept all of the promises he intended to keep.”

“Life is too short to worry about anything. You had better enjoy it because the next day promises nothing.”

“There are certain promises you make that are more sacred than anything that happens in a court of law, I don’t care how many Bibles you put your hand on.”

“You cannot live on other people’s promises, but if you promise others enough, you can live on your own.”

“It is easy to make promises, but it is hard work to keep them.”

“A clear rejection is better than fake promise.”

“She’d rather struggle than ask for help, because she’s tired of empty Promises and getting it thrown in her face.she deserves effort and loyalty without asking.”

Some More Promise Quotes For Relationships

“Trust is important, but once a promise is broken sorry means nothing.”

“For every promise, there is price to pay.”

“Never make a promise in haste.”

“I don’t believe in empty promises now, now i wait for genuine efforts.”

“Promises are only as strong as the person who gives them.”

“No one should have the right to ask you to keep a promise especially if they don’t consider all the facts.” 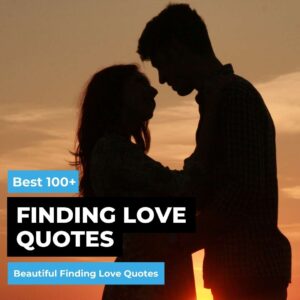 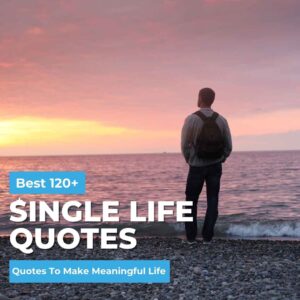